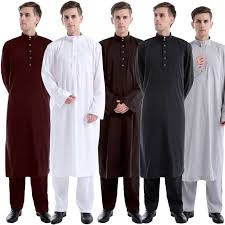 The Fashion industry is a mixture of cultures and it is well known that culture is an essential part of it. Different cultures go hand in hand and are influential in our fashion industry. The Modernization and arts of culture weren’t built in a day rather it morphed with passage of time. Eastern style is in the spotlight with its vibrant colors and more people are drawing towards it. The promising portrayal of traditions, culture and royalty defines versatility.

Eastern and western styles have now formed and introduced a new set of modernized clothing that signifies both cultures. Fusion of these cultures has sparked many controversies and is even banned in some regions. Eastern culture is being recognized worldwide because of being trendy and having embroidered tunics. New style language is heavily influenced by both of these cultures wrapped up in a single box.

How Eastern Culture is Being Recognized?

In fashion culture designs and artistry play an integral part. Fashion designers carry old designs and form new patterns that symbolize both modernization and culture.  Runway and Couture Fashion is now giving a variety of platforms to make the designers globally known. Clothes embroidered with jewels and beaded details form an exotic fashion piece. The mixture of chic, vintage with a contemporary side forms an amalgam of uniqueness. Adding new flairs and silhouettes to formal suits have caught eye of many fashionistas.

Recognition of Bold Colors and Designs

Designers are using media sources to attract peers. You can reach with just one click as the world is now becoming a global village. Easy internet access to these designers has opened many opportunities. Rich and glossier colors provide an individuality and balanced expression of eastern modesty. Different spectrum of colors joins to form a statement design with ensembles of exceptional patterns. Royalty of eastern culture with western classics style expresses a new brand variety. Comfortable and trendy is the style our new generation tends to wear and admire.

Future of Eastern Styles in Fashion

Appreciation from both sides to eastern style rich with colors, patterns, and the traditional ensemble has led to gain more attention. Invention of new modern clothing while intact to old culture is appraised worldwide. Both societies are joining to give most up-to-date fashion nova looks for people who are ready to indulge and blend with this culture. Liberal thoughts with customary clothing sensibilities have created a whole new easy to go fashion looks. Eastern Fashion is rapidly changing and adopting new and much modernized clothing designs.

Is this radical change Acceptable?

While looking at the brighter side we must pay heed to the darker as well. Many controversies have mounted regarding new fashion. Various people contradict with mixture because their culture loses specification in society. Changes are witnessed but avoided to adapt however our designers should be keen to represent a masterpiece acceptable to both cultures. Beauty and elegance are never devoid of attention. Multicultural designs represented to consumers create an environment of recognition and criticism in both means. Elaboration of rich fabrics and colors of the East with new trends of West has marked its place in fashion.